Payoff.com posts about 5 ways paying off debt can help you live longer.

According to statistics released by the U.S. Centers for Disease Control, four of the five top causes of death in America — heart disease, stroke, cancer and lower respiratory diseases — can be exacerbated by stress. Paying off your debt means reducing the financial stress in your life.

Man Vs. Debt has an older (but good) article about saving money in your fridge, which happens to be a hefty money drain for most Americans.

From Heather: Freeze them and then reheat for lunch or dinner on a day you don’t feel like cooking.
From Lara: Freeze! Right after I get done cooking, sometimes before eating, I pack it up and freeze the extra. 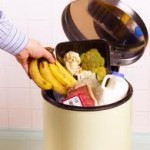 The Simple Dollar posts about how to effectively reduce your food budget.

Use a meal plan. A meal plan is the easiest way there is to make sure you’re constructing a sensible grocery list. A meal plan is just a list of the meals you intend to have over the next week or so. From that, you can figure out what items you need to make all of those meals possible.

Credit Sesame posts about how to manage multiple sources of debt.

The first thing you should do when thinking about taking out another loan is to determine your total monthly payments for current outstanding debt and the amount you’re looking to borrow. Then, figure what percentage of your monthly income would go towards paying off that debt.

What wasn’t reported so much as glossed over was the fact that the Social Security Disability Insurance program’s trust fund will be exhausted by 2016.

One Response to Money in the News: Money and Health, Saving on Food, Manage Multiple Debts, Social Security Disability Depleting?